Remember ME - You Me and Dementia

Like the whole of India, I was also waiting for Mr. Perfectionist’s date with destiny. It really turned out to be a date with destiny. The show was very touching and very moving. I freely wept. But it would be apt to go about looking at the show analytically. The basic thesis of the show is simple. We are responsible for our condition. Pointing fingers won’t do. The show is clinically non-partisan and that’s the best thing about it. Taking political sides erodes credibility. Everyone’s clever these days. People immediately know ‘whose channel it is’ or ‘whose show it is’. So, the best part was the apolitical flavor of the show. It was ‘we, the people’ thinking and talking about ‘we, the people’.
There’s no denying the fact that perils of India root out of the people of India. People get what they deserve. We get the kind of governance, the kind of civic amenities that we deserve. No system works if the quality of people is poor. Any effort at improving things has to begin at improving the people, enlightening and educating the people. This is what the show is all about.
The past, the beginning of female feticide in India, the victims, the cruelty involved, the role of doctors, the whistle blowers and their plight, the social scenario resulting from female feticide, the solution to the problem, the exemplary work in Navashahar, and finally a touching, melodious song - wow! The show was perfect.  The research involved, the meticulous planning, the hard work and the commitment – it was all showing. There were no hidden identities. The victims came out in the open. The journalists, the doctors, the lawyers - all came out in the open. Even the cute girls who survived all attempts to be butchered came and sat. Human life is precious; it is to be treated with dignity - that was the message.
One lady had all her face animally eaten up by her husband because she failed to produce sons for him. Another lady had six horrible experiences of forced and deceitful abortions in as many years. One lady doctor narrated her experience where the caring cot of the baby girl was pushed down stairs by the mother-in-law in order to get rid of the girl. Horror tales in educated, high-class India! Then came the poor journalists who had first exposed female feticide in media. Eight years down the line- they are knotted in legal battle across the state of Rajasthan. Not a single doctor has been punished so far. To torture the whistle blowers, the cases have been shifted to different parts of the state. They keep going from place to place, risking their safety. Even arrest warrants are issued for those who exposed the evil practice. But the doctors who were involved in the crime are still practicing and flourishing.
Things do not end here. It could not have become more ironical for India’s religiosity when we were told that doctors use code words ‘Jai Mata di’ for female fetus and ‘Krishan Kanhaiya’ for male ones. We are killing our girls unabated. The myth that uneducated people kill their daughters was broken as it is more of an urban-educated class phenomenon.
The show went on to show the army of unmarried men in a village; there are no girls left to marry them. The girls have been killed in the womb. The long term impact of this heinous practice, furtherance of exploitation of women through this practice, sale and purchase of women for procreation purposes etc were brought to light.
The best part of the show was its positive attitude. The good work of district administration and the people of Navashahar, Haryana was hailed. Bharati, a young and poor mother gave the message simply, ‘We love our daughter. Next time, whatever, God will give, we’ll be happy to receive.’
The concept of ‘Satyameva Jayate’ is very original and effective. The concept has found a perfect executioner in Aamir Khan. As a teacher, I’m tempted to suggest that a word could have been dropped about the deep psychological, mythological and patriarchal knots that compel the collective consciousness of India to be so heavily tilted towards the son. It’s a legitimate question – why do people want a son so desperately that they behave like hardened criminals?  What are the factors which propel this behavioral pattern? Patriarchy, the family name, the concept of honor being inseparably associated with the female body, discrimination in institutions and work place, dowry, dangers and insecurity are reasons that tame the Indian psyche.
Overall, it was a thought-provoking show. All the injustices of the years gone by, the pain of mothers, grand-mothers, aunts and neighbors came and choked the throat. The episode evoked that kind of a response. Hats off to the master craftsman and the sensitive soul that Aamir is! It was a well-researched and well written research paper.


Forget yourself for others, and others will never forget you.
Posted by Sailesh Mishra at 8:13 AM No comments: Links to this post

Mumbai-based Ravi Chawla, Founder Editor and Owner of Seniors World Chronicle, announced today that he is handing over complete charge and ownership of the Internet daily digest of international news and reports on Aging, to Sailesh Mishra of Silver Innings.
Seniors World Chronicle.com was launched in 2005 by Ravi Chawla, who has worked all his life as reporter, editor and publisher of specialist journals. This journal has already published nearly 12,000 reports from 250 countries and attracted an estimated 500,000 visitors up to end March 2012. 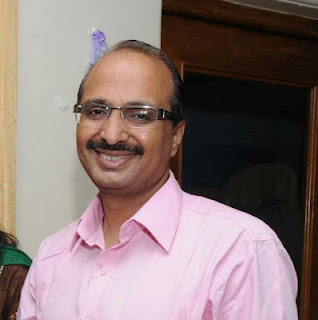 Chawla is completing 75 years of age in a few weeks and has opted out in favour of the dynamic young Sailesh Mishra to continue operations of Seniors World Chronicle.
Mishra has 15 years of hard core marketing experience and since the year 2006, has dedicated himself to work with Senior Citizens.
Says Mishra: "I am Social Gerontologist by Experience and Founder President of Silver Inning Foundation, Not for Profit and 'Silver Innings,' a Social Enterprise working with Senior Citizens."
For increasingly internet savvy senior citizens everywhere,Seniors World Chronicle serves as a single source of international coverage of all issues concerning older persons. Access is free to all internet users and no registration is required.
URL: http://www.seniorsworldchronicle.com
More information from:
Ravi Chawla 91-9322 633 718
Sailesh Mishra 91-9987 104 233
2nd May 2012
Forget yourself for others, and others will never forget you.
Posted by Sailesh Mishra at 11:36 AM No comments: Links to this post

I believe: Forget yourself for others, and others will never forget you. I have Experience in the corporate sector for 15 years and 3 years in social sector. I have Desire to work for others,to gain more Experience and knowledge.Iam also open to learning and have passion to work for Elders and to do something for underprivileged childrens. My ambition is to start my own organisation which will work in social sector and would make positive contribution to the society and the nation.

Love to All
Sailesh Mishra

People for Social Cause Headline Animator

Click to join "People for Social Cause" Yahoo Group

Sailesh Mishra
Mumbai, Maharashtra, India
I believe: Forget yourself for others, and others will never forget you. I have Experience in the corporate sector for 15 years and 3 years in social sector. I have Desire to work for others,to gain more Experience and knowledge.Iam also open to learning and have passion to work for Elders and to do something for underprivileged childrens. My ambition is to start my own organisation which will work in social sector and would make postive contribution to the society and the nation. On 10th April 2008 launched www.silverinnings.com a dedicated and most comprehensive website for senior citizens and Founded Not for Profit Organisation ''Silver Inning Foundation'' for Elderly and their family members.

People for Social Cause Blog

The health news headlines shown above are provided courtesy of Medical News Today.

The content of this Blog, including text, graphics, images, information are intended for General Informational purposes only.People for Social Cause Blog is not responsible for, and expressly disclaims all liability for, damages of any kind arising out of use, reference to, or reliance on any information contained within the site. While the information contained within the site is periodically updated, no guarantee is given that the information provided in this Web site is correct, complete, and up-to-date.The links provided on this Blog do not imply any official endorsement of, or responsibility for, the opinions, data, or products available at these locations. It is also the user’s responsibility to take precautionary steps to ensure that information accessed at or downloaded from this or linked sites is free of viruses, worms, or other potentially destructive software programs.All links from this Blog are provided for information and convenience only. We cannot accept responsibility for sites linked to, or the information found there. A link does not imply an endorsement of a site; likewise, not linking to a particular site does not imply lack of endorsement.We do not accept responsibility for any loss, damage or expense resulting from the use of this information.Opinions expressed by contributors through discussion on the various issues are not necessarily those of People for Social Cause Blog.